When it comes to building custom homes, Michael Reeves is not short on experience. The Newport Beach-based builder, founder, and president of Corbin Reeves Construction had been constructing homes in coastal Southern California communities for more than 30 years when he started work on this Southern California compound with jetliner views. Despite the many notches on his builder’s belt, however, the project turned out to deliver more than its fair share of firsts.

“Everything in the home was completely custom or brought in from Europe. It was an international menu of subcontractors for sure,” says Reeves. Coordinating home creation across the globe isn’t exactly a recipe for tight deadlines. That helps explain why building the hilltop house involved a five-year odyssey in feats of engineering, hyper focus on massive architectural statements, magnificient design moments, and uber exotic finishes.

Even something as normally mundane as the doorbell took on a life force of its own. “I remember sitting in the meeting with the designers who spent two and a half days designing the doorbell. Or the ‘entry callbox’ as it’s known,” says Reeves. “It’s going to be inside the wall. But the wall is stone. So now we need a custom solution for a call box that is going to run 14 feet up the side of a travertine wall. Drawings were done. We knew what we had to build. But how we were going to build it? That was a different story.”

Two high-gloss black lacquer front doors lead to the living room and then down leather-lined stairs. In the kitchen, a walnut island and lots of right angles are accompanied by swirling wood stools.

It ended up being just one of many such stories that developed as the project progressed from construction site to the striking, sculptural structure that stands today: a home that nearly negates indoor/outdoor differentiation through architectural and engineering solutions that almost demand the suspension of disbelief.

In the main living area, three sides of the room are all glass, on top of which a 35-foot cantelievered steel roof appears to rest. Feel like opening up the room to catch the summer breeze and ease on into the 90-foot-long swimming pool? Simple: With a push of the button the glass walls descend into the floor. “That was a true feat of engineering,” says the builder.

In the master suite, elements include Cippolino stone flooring and a cashmere upholstered wall that backs the bed. The master bath features a custom-built vanity covered in shagreen and a Bianco Lasso marble tub fabricated by Carnevale & Lohr, Inc.

But that was only one of the many challenges along the way of designing (the architect is OC’s Horst Noppenberger) and building the home. Its creation required extensive coordination between different countries, primarily England and France, where many elements were fabricated. To ensure that dimensions were not lost in translation—and to accommodate the fact that the home was distressingly short on right angles—a full-scale replica of the home’s floorplan was built, then cut into puzzle pieces and shipped across the globe where it was reassembled to ensure that millwork and other elements were built perfectly to dimensions. “This is part of the reason it took five years to build,” says Reeves.

Even smaller appearing “details” required massive amounts of planning and engineering. Take the custom tub carved from a single block of stone, which was shaped to the client’s specific physical dimensions. Due to its weight, it had to be craned into the space before the roof was built.

Reeves is quick to credit his collaborators, namely acclaimed interior designer Tony Chi of tonychi studio in New York City, as well as lead project manager William Paley. “Tony was the driving force of this project where it was truly about taking everything to the next level,” says Reeves of the project, which was completed in 2017.

Today, the home maintains its ultra-exotic ethos. Wander through its spaces and you’ll encounter far-from-typical elements such as expansive master suite closets lined in Tiffany blue leather, a kitchen island built in England out of crotch walnut, and more than 1,000 trees planted throughout the property.

“This is an exceptional home and I honestly don’t know if you could build it today,” says Reeves. “Certainly not with COVID-19 and delays and shipping challenges. Of all of the homes we’ve worked on, it’s the closest thing to being a piece of art.” 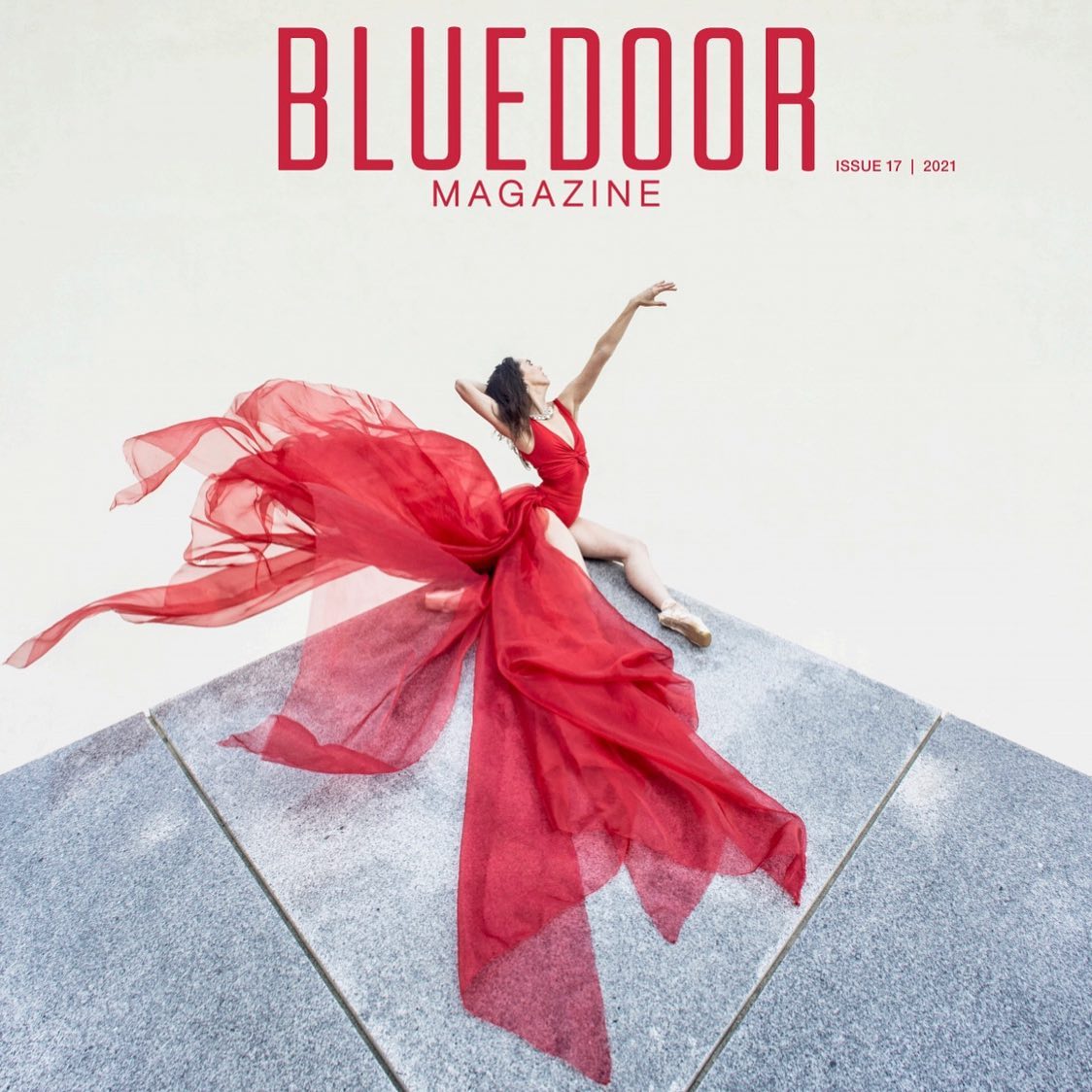 bluedoormagazine
•
Follow
The extraordinary worldwide impact women had on the practice of photography from the 1920s to the 1950s is celebrated by an exhibition, “The New Woman Behind the Camera,” at the National Gallery of Art in the West Building in Washington, D.C. through January 30, 2022. See and read more about female photographers Berenice Abbott, Ilse Bing, Lola Álvarez Bravo, Madame d’Ora, Florence Henri, Dorothea Lange, Dora Maar, Niu Weiyu, Tsuneko Sasamoto, Gerda Taro, and Homai Vyarawalla, among many others in the current issue of Blue Door Magazine. @bluedoormagazine @ngadc #bluedoormagazine #nationalgalleryofart #womenphotographers #newwomanbehindthecamera #timehonored #womeninhistory #capturinghistory
View on Instagram |
5/9

bluedoormagazine
•
Follow
Interior design in coastal Orange County reflects our idyllic locale and the aesthetic of talented locals, while also responding to international influences and the sensibility of global style-makers. As an inspiration for the endless summer season in California, here’s a look at seaside and tropical homes from around the world, as featured in recently released design monographs, which include “Island Whimsy” by Celerie Kemble, “A Summer Place: Living by the Sea” by Tricia Foley, and “Designing Paradise: Tropical Interiors by Juan Arango” by Jorge Arango. See and read more in the current issue of Blue Door Magazine. @bluedoormagazine @yaphank1 @celerie @juanmontoyadesign #bluedoormagazine #yaphank1 #juanmontoyadesign #celeriekemble #islandwhimsy #asummerplacelivingbythesea #designingparadise #seasonsbythesea #interiordesigncoastal #coastalorangecounty #seasideinspired #internationalinfluences #globalstyle #tropicalhomes #tropicalparadise #designbooks #pictureperfect #styleandesign
View on Instagram |
6/9

bluedoormagazine
•
Follow
As interior designers in California’s Wine Country Tama and Lauren Bell of Tama Bell Design are known for their work on everything from midcentury ranches to expansive estates. Read about their bedroom makeover for an exceptional teen by Alexandria Abramian in the current issue of Blue Door Magazine. @bluedoormagazine @tamabelldesign @alexandria_abramian #bludoormagazine #tamabelldesign #alexandriaabramian #homedesign #teendecor #californialiving
View on Instagram |
7/9 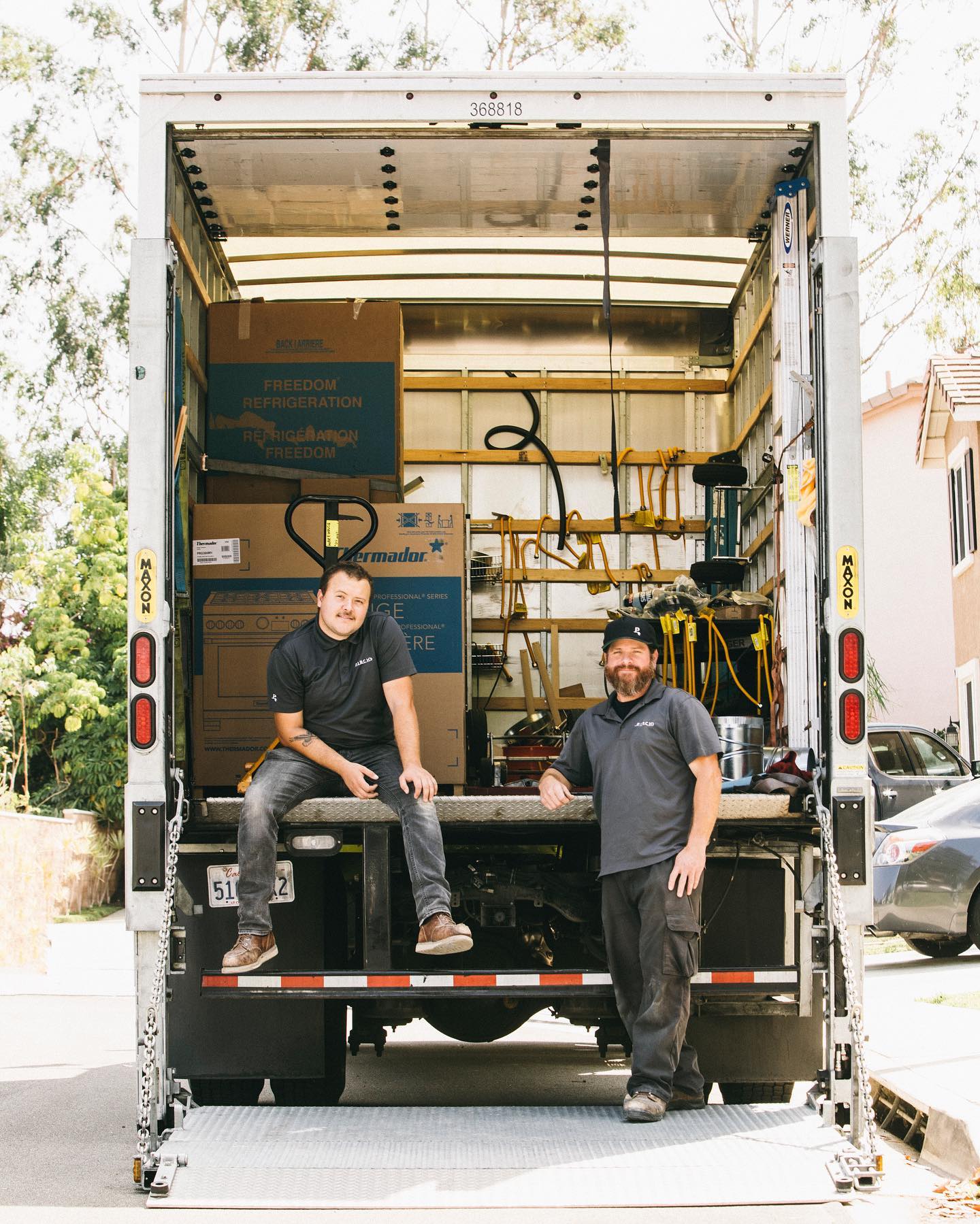 bluedoormagazine
•
Follow
The elite members of the PIRCH install team understand that the title of “installer” goes much further than unboxing a dishwasher and plugging it in. Jeremy Prosser, Director of Installation for soon-to-be seven PIRCH locations, discusses how the installation department has grown to focus on details, customer satisfaction, and raising the bar within the industry to a whole new level. Read more in the current issue of Blue Door Magazine. @bluedoormagazine @pirch #bluedoormagazine #pirch #homedecor #orangecountyhome #ocliving #homeinterior
View on Instagram |
8/9 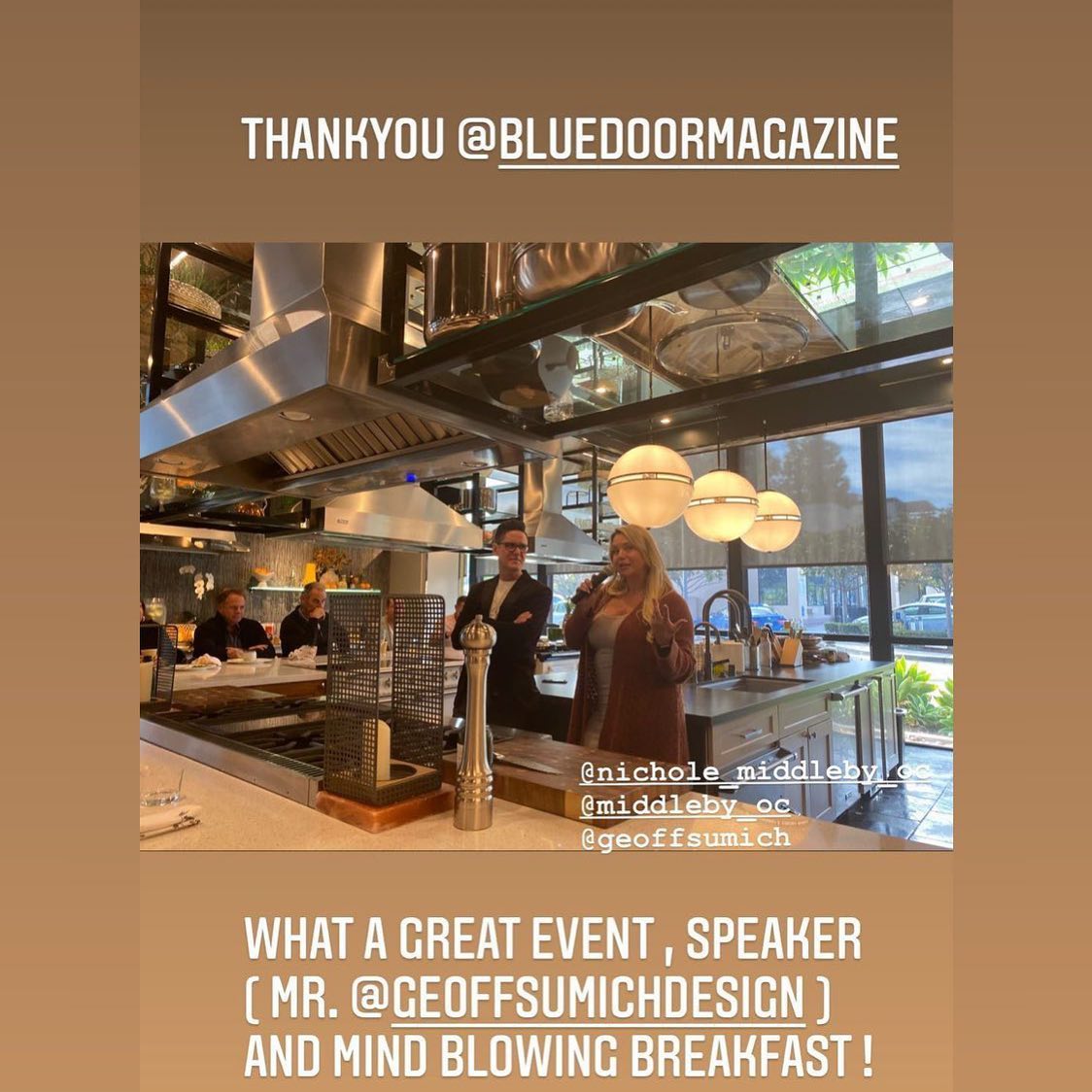