Sitting in my living room today with the doors wide open, my dog to the left gnawing on her bone, and birds flittering about outside, I am struck by how grateful I am for the great outdoors, the warm sunshine, and the blessings we have around us.

As 2020 shaped many of us in ways we never dreamed of, I found myself often frustrated by the lack of control, as COVID-19 was keeping my children home from their friends and my own personal life was placed on an undetermined recess. But in the depths of this strange world, we were forced to endure, and many good things evolved from that, including the love for one’s home and the desire to make it more livable, functional, and a true embodiment of our lifestyle.

This realization created a boom in the building industry that was completely unexpected. Appointment after appointment at PIRCH proved that people were stuck in their homes and they wanted to invest in them, immediately. Bathroom remodels, kitchen revamps, and  outdoor kitchens. In March 2020, as we followed stay- at-home orders, set up home classrooms, and hoped for the curve to drop, we discovered the outdoors to be our haven. While students were inside Zooming and spouses were taking over the dining room for virtual meetings, many wondered, where can I go? Well, the outdoors, of course.

Which came first, the barbecue or the kitchen? Well today, that is an interesting question amongst designers who traditionally focused on kitchen, family, and bath areas first with outdoor taking a back seat in the overall picture. But as outdoors becomes indoors and indoors becomes outdoors, it certainly begs the question…what, in fact, does come first? In his many years of outdoor-focused sales, Ryan Bloom, co-founder and president of Urban Bonfire, is excited about the shift that outdoor design is taking in the industry.

“Designers had a less than passionate view for the outdoor in the past,” Bloom explains. As the layout of homes has progressed with bypass and bi-folding doors engineered into the floor plans from day one, the indoor and outdoor has seen a dramatic transformation. And with that transformation comes the evolution of the designer’s role, according to Bloom. “A lot of designers are dropping the ‘interior’ design in their title. They are embracing their role to take the inside, outdoors. They are saying, ‘My job is from the front door all the way to the back gate,’ and they are diving in!”

Bloom and co-founder Stefan Marchant, Chief Design Officer, have had an affinity and passion for the great outdoors for many years. While selling major outdoor appliance brands like Kalamazoo and Lynx in Canada, they realized a major gap in the industry was outdoor cabinetry. As a result, in 2013, the team launched Montreal-based Urban Bonfire, focused on cabinetry specifically designed for functional and beautiful outdoor use. Bloom sees a couple shifts in the overall industry change. First, most landscape designers were tied to stone, stucco, and traditional stainless cabinet doors with limited functionality. But as technology has expanded with improved outdoor appliances and engineered window and door walls that literally open up the house, the differentiation between the inside and the outside is less and less. Landscapers, designers, and architects are collaborating on a whole different level and the homeowner is benefiting from the dramatic design benefits. “Designers have much more control of the project and each trade can now work in the way that makes sense by tying in space, functionality, and design. As a cohesive team, design professionals who used to say, ‘I don’t do the outdoors,’ can now put their stamp on the entire project.”

With a tremendous list of award-winning indoor and outdoor design projects under her belt, Anne Michaelsen Yahn of Anne Michaelsen Design has long been a fan of creating functional and beautiful outdoor spaces. And this year, with family members who unexpectedly moved in during COVID-19, Michaelsen found the need to redesign her outdoor space to a fully-equipped outdoor kitchen to be first and foremost on her project list. Anne started by talking to Bloom and Marchant, describing her concept of an expanded outdoor kitchen and was focused on using the Urban Bonfire product because she was intrigued by the concept of outdoor cabinetry and the ability to bring color into the space along with functional cabinets and fully enclosed storage. Having designed many traditional outdoor spaces in the past, the idea of an area that worked with the look and feel of her indoor rooms, was exactly what Anne desired. Bloom says that many consumers, much like Michaelsen only a few months prior, still don’t realize that the concept of outdoor cabinetry exists and was excited to work with Michaelsen so she could bring the concept to fully functioning fruition.

Embarking on her project, Michaelsen, PIRCH, and the Urban Bonfire design team developed her concept into an Onyx-colored, L-shaped kitchen complete with full storage drawers, open shelving for plates, glasses, and cutlery, and fully sealed recycle and trash cabinets, all made from powder-coated thick, marine-grade aluminum. For appliances, Anne’s excitement grew as she chose to collaborate with Alfresco Grills and selected a kitchen fit for a king and queen. The space includes an Artisan pizza oven, Alfresco VersaPower Cooker, 42” professional grill, and Perlick ice maker. Michaelsen loved how seamless the installation was. PIRCH installed the cabinets, Cosentino fabricated the countertops in Dekton Feroe, and PIRCH returned shortly after to install the appliances. No muss, no fuss. “I love the fact that because it’s a complete cabinet system we can store anything outside safely…we literally have everything we need outdoors,” raves Anne.

Upon completion, Anne welcomed the entire design team into her new “outdoor home” where Corporate Chef Kimberly Ayala of PIRCH cooked up a delightful feast and the group put the kitchen to its biggest test. With the holidays following shortly after, Michaelsen was thrilled with the results. “We did a 19- pound brisket in the smoker, started the potatoes indoors, and then transferred them to the fryer. We charred the vegetables and did a Texas-style BBQ dinner with chilis and tomatoes that I personally charred on the grill.” Michaelsen loved how her indoor kitchen served as a conduit to the outdoors and how the two combined created the ultimate recipe for perfect entertaining.

This is what Bloom and Michaelsen agree is the key ingredient in the evolution of space design. Michaelsen sees the outdoors as the focus of healthy living for people now. She says, “The outdoors gives us an overall sense of health and wellness; people feel the need now to go outside to feel refreshed. I don’t think that what we experienced last year is going to go away overnight. It’s become part of our psyche, in a very positive way.” Bloom agrees, adding, “COVID-19 accelerated our views of how we operate and function in the outdoor space. What was once before just a space, homeowners now consider an extension to the home, an additional room and a safe place to congregate with family and friends.” Precisely like Anne’s project.

And so how does this play into the process of design? Bloom believes that instead of looking at just the kitchen, designers, architects, and landscapers will team up to look at the overall package and determine the space in a combined methodology, not separated as years of design have typically shown. “In kitchen design,” Bloom describes, “often the designer starts with the range and builds around that. But with outdoor kitchen creation, it’s almost the exact opposite.”

He adds, “Homeowners and their design teams look at the overall space and how it will flow, where people will sit, where cocktails will be served, and how the area will play out to cook most anything.” While Bloom agrees the grill is an important factor, with the creation of affordable pizza ovens, power cookers, versatile undercounter refrigeration and outdoor-safe dishwashers and audio technology, Blooms believes the only limitation is how much space the client actually has. “We are seeing designers getting much more excited about the category, they are paying more attention to detail, they are bringing color into the design, function into the space. They are treating it like the indoor kitchen but with completely different enthusiasm than before.” Michaelsen fully agrees. “By adding the bifold doors and Sunbrella fabrics that are safe indoors and outdoors, it made my indoor space flow to the outdoor so much more seamlessly. I’ve already started showing off my kitchen to clients, friends and neighbors. They love the open concept and the ability to activate both spaces.”

Asked what surprised her about the project, Michaelsen said while working at her indoor sink, she always focused on her garden space. But with the addition of her outdoor kitchen, she finds her attention drawn to her new area, the space, the beauty and the openness. “We didn’t really use that space in our home. Sure, we had a barbecue, but it was just a barbecue, not a place we gathered. Now it is an outdoor room, a place where we join together, laugh and make memories.” Michaelsen hopes her experience in designing this space will help others realize their dreams. “I have a feeling a lot of people don’t really ‘use’ their homes. It’s different today, definitely changed. We will never look at the outdoors the same and that, my friends, is a wonderful thing.” 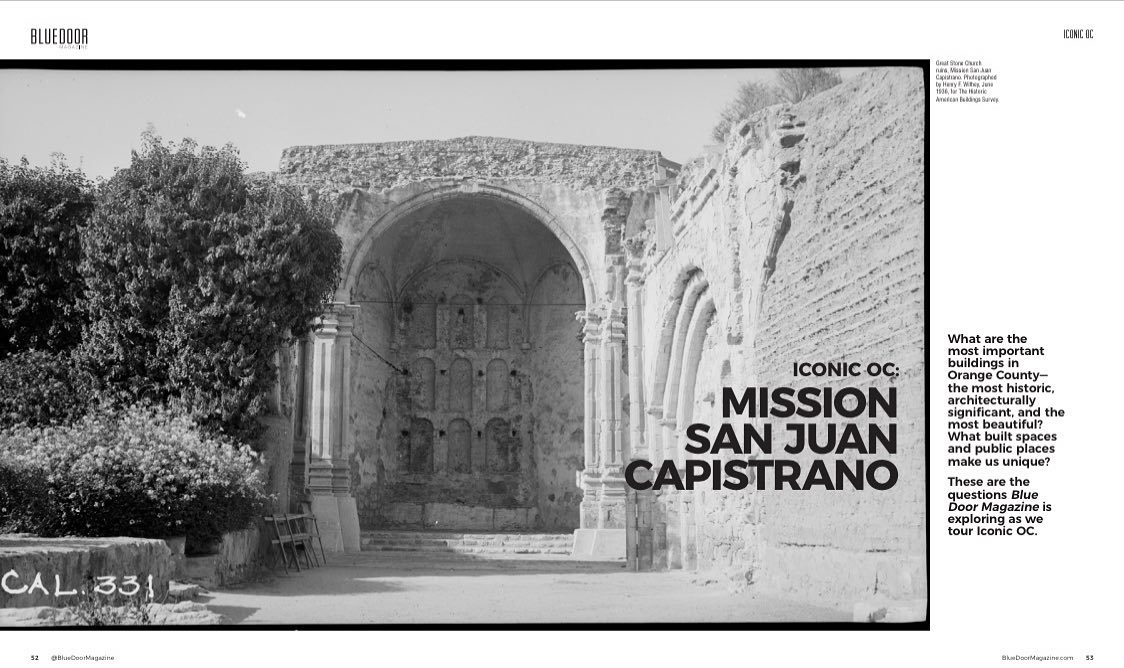 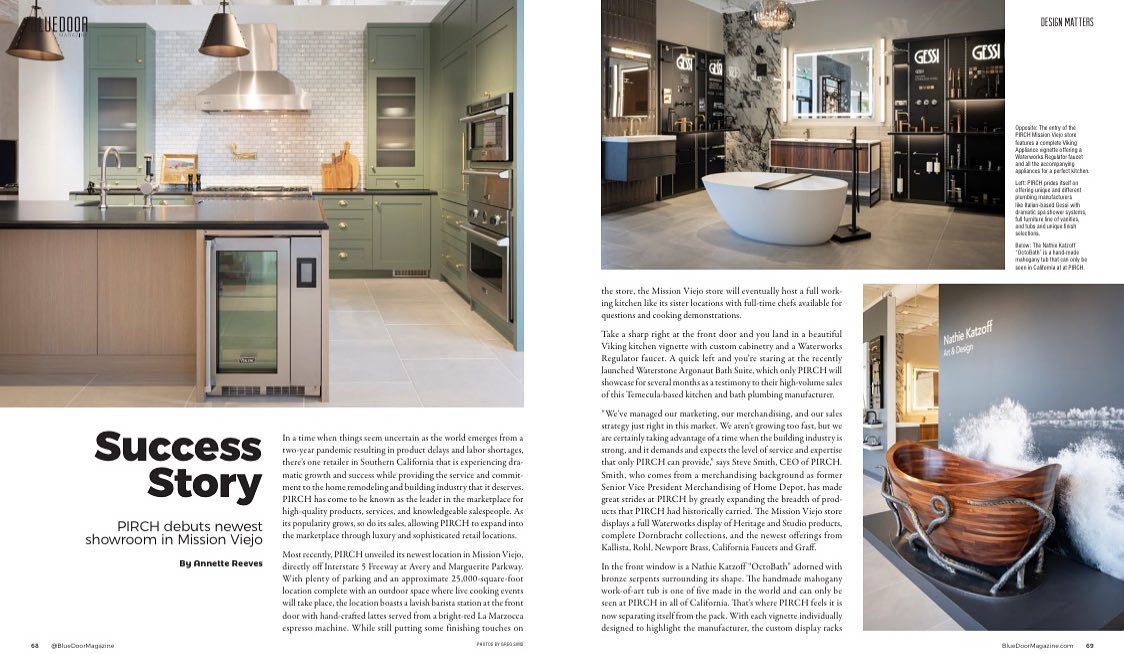 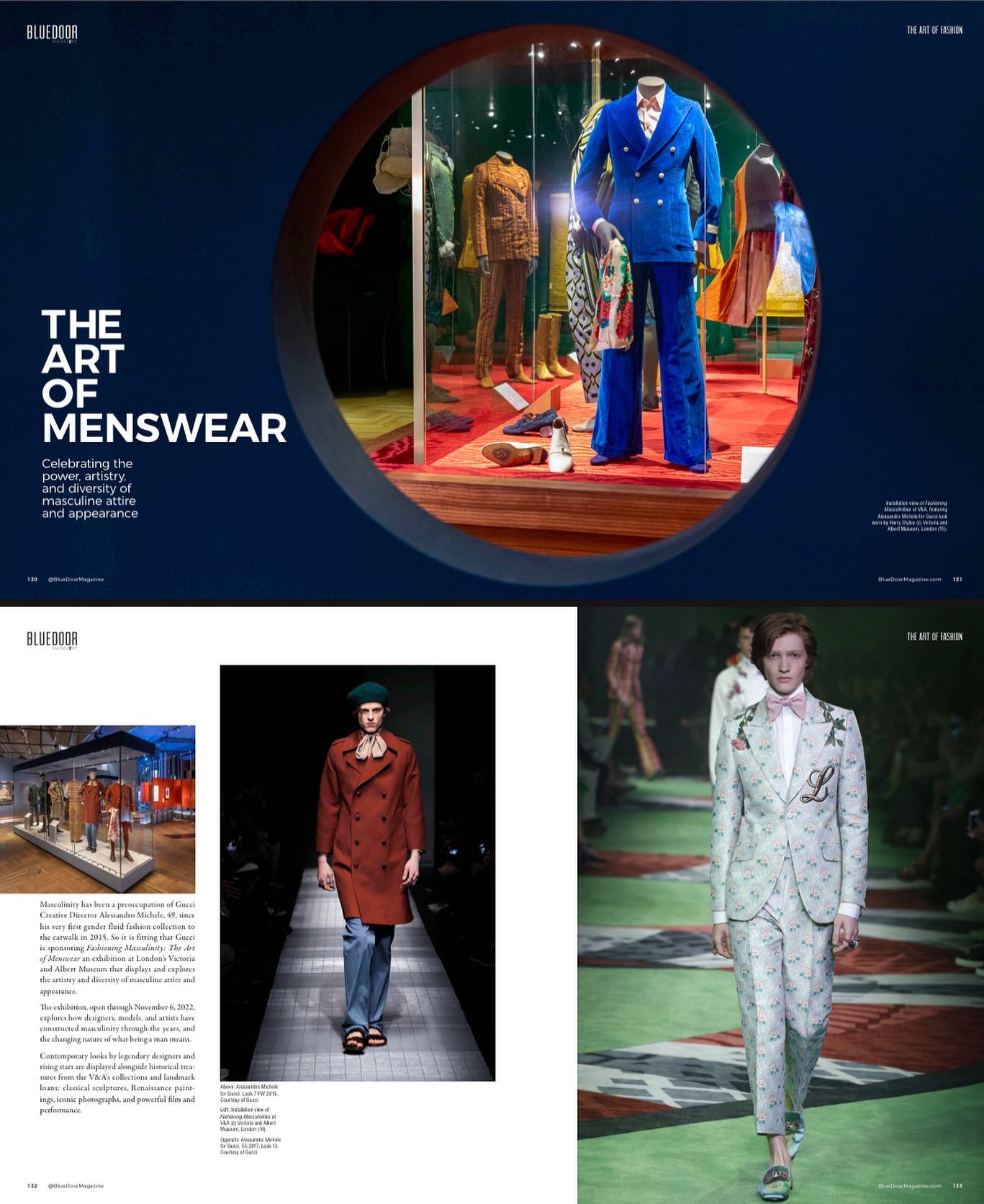 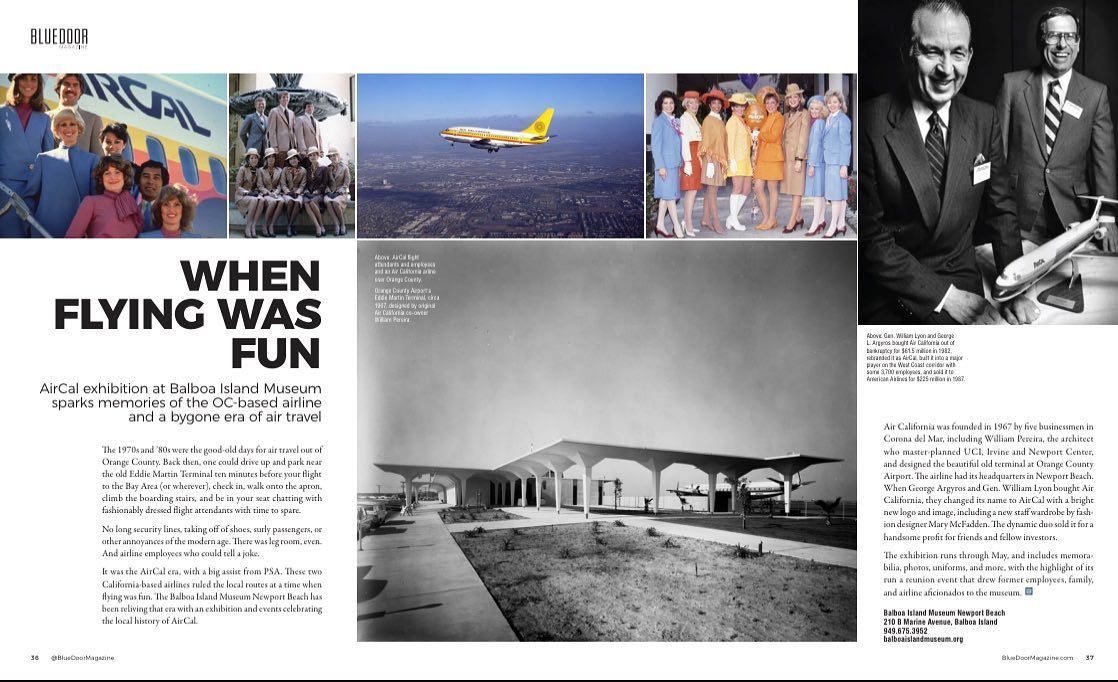 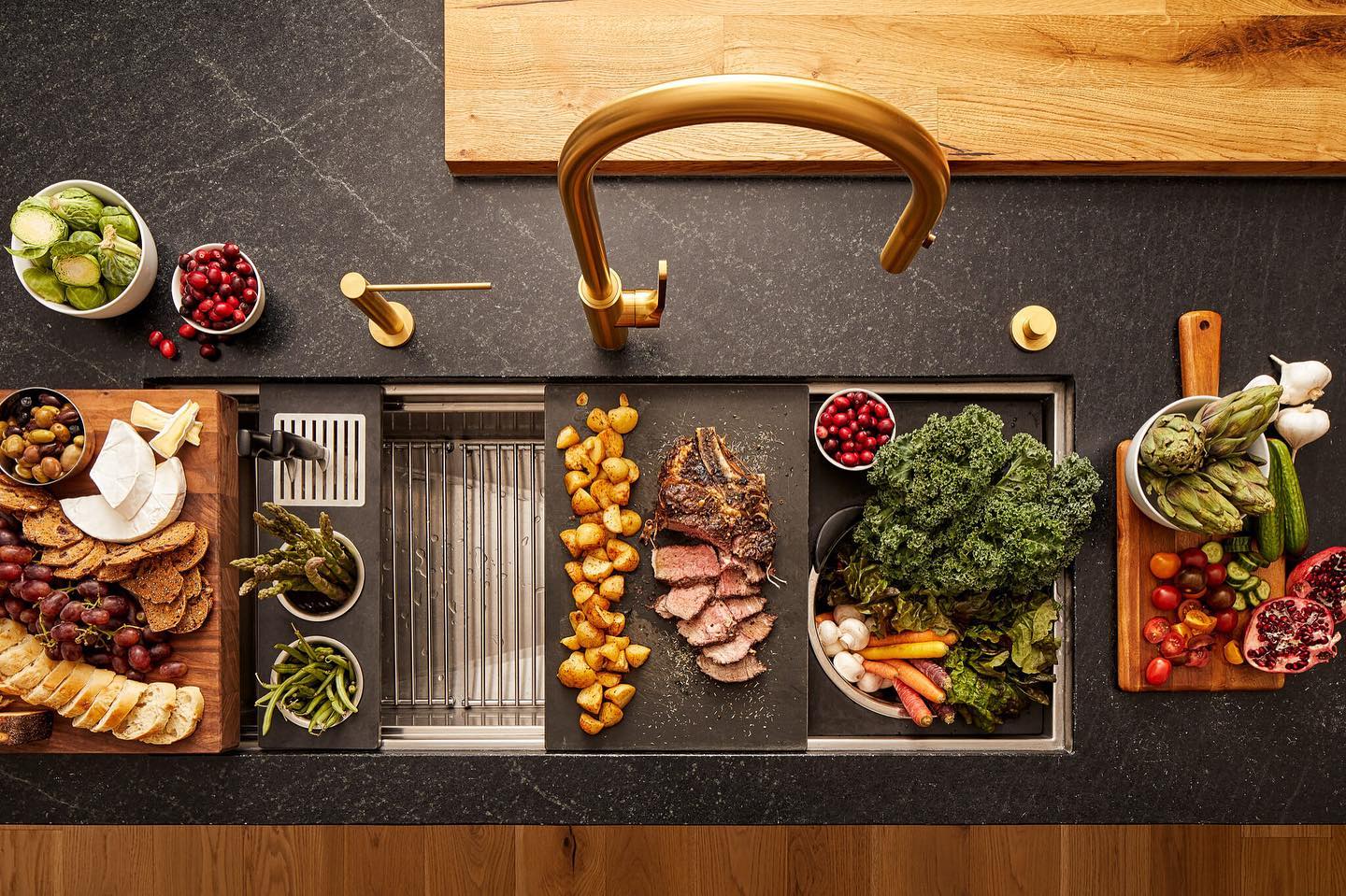 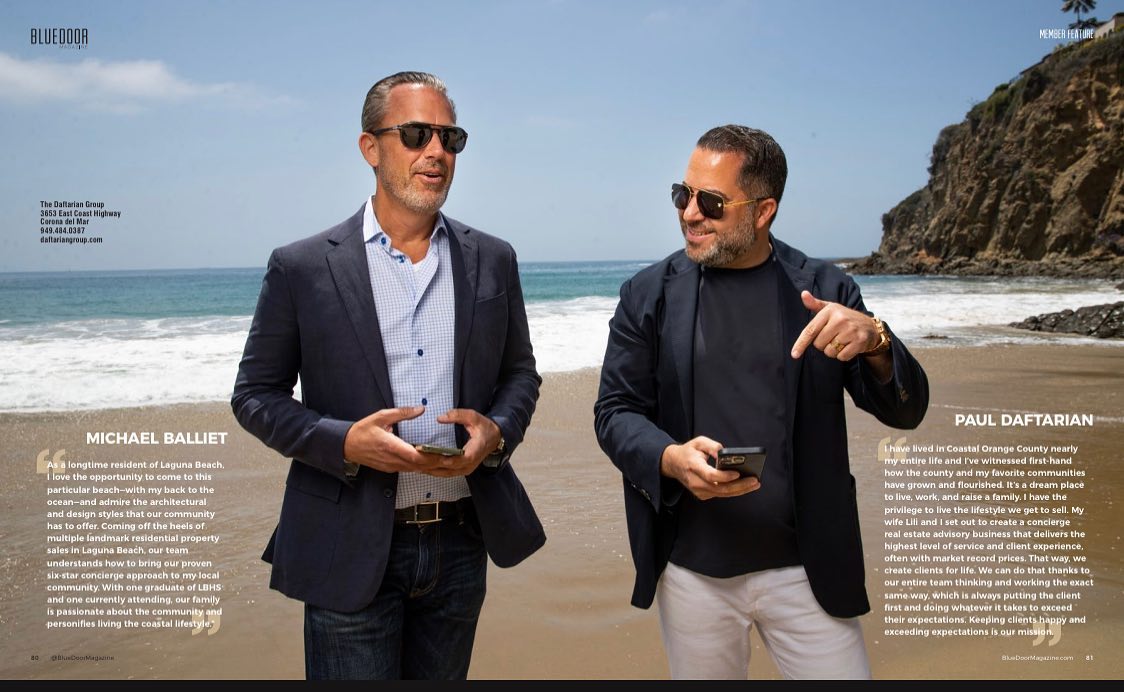 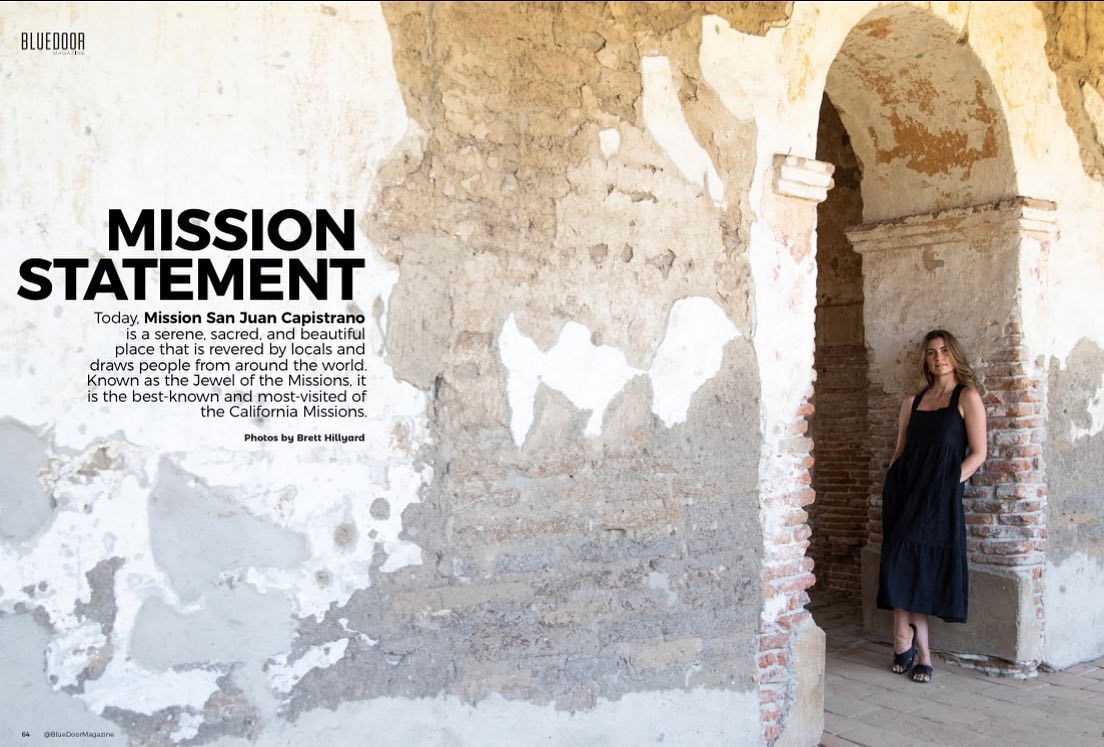